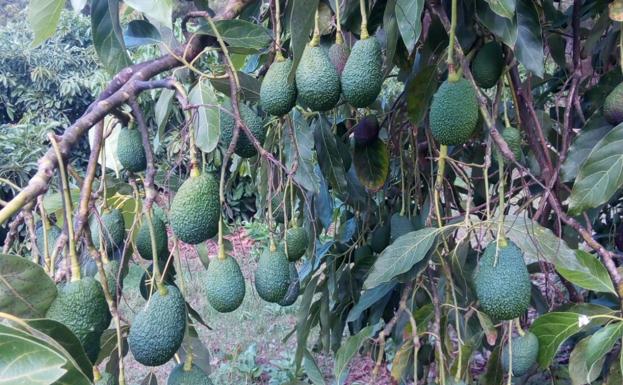 Avocado cultivation occupies around 10,000 hectares in Andalusia and more than 11,800 in Spain. The region of La Axarquía is the main exponent, although there are also plantations in the municipalities of the Guadalhorce valley and the western Costa del Sol such as Estepona. According to the Junta de Andalucía, Malaga represents 69% of this crop, followed by Granada, with 27% of the Andalusian surface. In recent years, however, avocado cultivation is expanding in other provinces such as Cadiz and Huelva, where there are no water shortage problems, and outside Andalusia in the Canary Islands, which has 12% of the cultivated area in Spain, and the Valencia Community. There are also crops in the Portuguese Algarve, Greece and Italy, although on a smaller scale. Spain is therefore the largest producer of avocados in Europe, with Malaga being the epicentre of this industry. This is a great advantage for Malaga’s growers because, due to its proximity to EU countries, the fruit can be harvested at its optimum moment of ripeness and placed at its destination in barely 48 hours. However, this is something that most consumers are not aware of.

In an attempt to show the reality of cultivation in the province, the World Avocado Organization (WAO) has placed it on the map of international production. The WAO gathers marketers from seven countries and its main mission is to promote avocado consumption at international level. This organization was launched in 2016 creating the brand “The Fruit of Life”. Since then, it has been carrying out regular campaigns to promote avocado as the “fruit of life” throughout Europe and in different languages. Currently, it represents avocado growers, exporters and importers from Spain, Brazil, Mexico, Peru, South Africa and the United States, among others.

At national level, companies such as Trops and Reyes Gutiérrez, two of the largest avocado traders in the province, are integrated into the WAO.

According to the WAO, the planned tour of the plantations in Malaga will take place on 21 and 22 May. Different national and international media have been invited to this tour, which aims to show the secrets of this crop, its impact on the economy of Malaga and Andalusia, as well as to taste different dishes made with this tropical fruit. Malaga has been chosen for this informative activity because it is the cradle of the crop in Europe, according to the World Avocado Organization, whose CEO, Xavier Equihua, has confirmed his presence in it.

WAO forecasts indicate that avocado consumption will continue to grow and therefore the fruit is not in danger. Last year, Europe increased its avocado imports by more than 187,000 tonnes, rising from 462,811 in 2017 to a total of 650,489 the previous year.